Telecom Service providers are continuously adjusting to the new changes taking place in the technologies. However, they need to take advantage of the cloud computing with the incoming security concerns by introducing Cloud for Telecom.

There has been a notable change in how the businesses are been run as they are now much more connected with the world which would not have been imaginable years ago. The introduction of new technology has seen a swift progression from 2G going to 3G and now 4G.

However, it is important to be mindful that with new changes comes the tide of advantages, disadvantages, and consequences. The technological development has brought the Telecom industry to the doorstep of Cloud Computing with several assets.

Along with the benefits, there is an arrival of security concerns as well. Therefore, it is important that these concerns are acknowledged and dealt with before they harm the industry.

The Scope of Cloud For Telecom Industry

Cloud computing is a practice of exploiting a network of remote servers which is hosted on the internet in order to allow the management and processing of the data. and more. Since a few years time, the Cloud computing has seen a leap of technological growth.

This evolution has made the services even more efficient, affordable and secure. Today, there is wide use of Cloud globally on the phones, tablets, computers which are used for storage purposes and the accessing of data in the cloud services.

At present, there is two system that allows the TSP’s to use Cloud computing. This will enable the supply of Telecom services to the end-users: Software Defined Networks (SDN) or Network Function Virtualization (NFV).

An obvious benefit of both SDN and NFV is that they employ the bare minimum hardware. They are reliant on software for the upgrades. They also depend on the functionalities of the hardware which gets modified and updated from the cloud on a consistent basis.

Another advantage of Cloud for Telecom is that the TSP’s are able to use generic hardware to support the new technologies. The software introduces, implements and controls these technologies.

As an example, in the near future, the hardware used for 5G services will be able to support the 6G as well. This was not the case when TSP’s were shifting from 2G to 3G networks.

Preparing For The Challenges Ahead

In cloud computing, there are several concerns. One of the main obstruction for establishing the system where Cloud computing is the driving force of the technology is to ensure that the services related to telecom are not hampered at all.

At present, the telecom industry is struggling with the automation process. It requires proper rectification to enable the proper execution of the Cloud networks. The main feature of TSP is handling the static data but real-time analysis becomes a critical part with fast-moving data.

This problem arose due to the fact that Cloud is not able to fight against the threats out there. As a result of which, it will hinder the TSP’s ability to offer telecommunication services.

It is essential for the telecommunication industry to fix such issues. Introduction of systems which ensure security will resolve the problems. Making such that the appropriate systems are in place is extremely vital and hence addressing it first must be a priority.

How To Ensure Secure Cloud Networking

Though there are some issues, they do not outdo the advantages that arrive with introducing Cloud for Telecom.

There are several processes available which will manage all the security concerns once they are put into place. 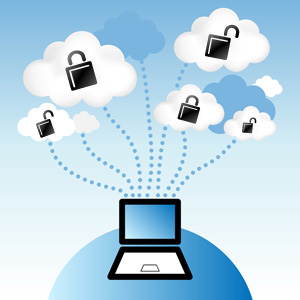 Predicting the breaching becomes an easier task by studying the traffic patterns and by monitoring the little changes. Whenever there is a threat, there are spikes in the volume of the traffic. The Analyzing work takes place after recording it done.

Social media is a very powerful tool which can help to manage the real-time analysis and data fraud as well. Connecting all these data helps to build an intelligent analytics platform that identifies and flags the issues swiftly. It enables the operators to perform a solution to resolve the issue.

With the introduction of such techniques, there will be an effective management of the services in a virtualized manner. Here the performance is dependant on the underlying cloud infrastructure.